Customer product reviews from around the world on Australia's own RID. 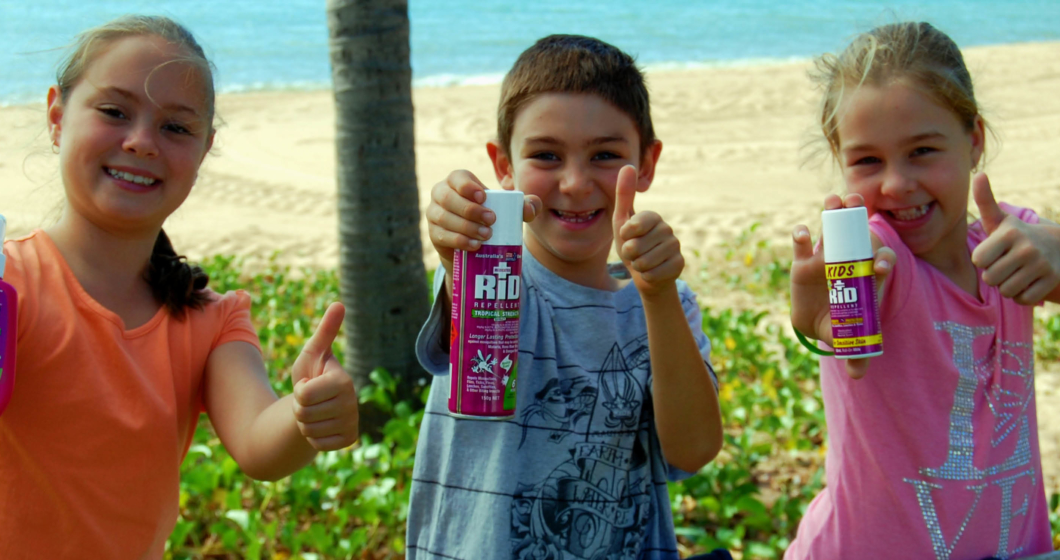 “RID: the most amazing anti bug spray ever! Would never leave home without a bottle of this stuff, unbelievable.” Dave Southwood, Travel Africa Magazine.

Fishing in the Hobie. 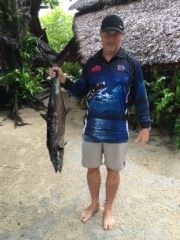 With a surfing trip planned to Kavieng, PNG we looked for the best Insect Repellent we could find – especially after being told of a few horror stories with mosquitos. The product recommended by the wise ones was RID and we happily stocked up on Repellent, Sunscreen and Antiseptic. Have to say all products worked extremely well and were so easy to administer compared to other brands we have used. Would certainly recommend RID to anybody who wants a low fuss yet maximum bang repellent with the luxury of an antiseptic.  Will certainly be using it at for our future travels as well as at our local beach. Paul and Karen King, Mudjimba, Queensland.

“My name is Lars Flodmark, representing Skolopender AS, a Norwegian company offering services in environmental consultancy, education, GIS, and high-quality products for outdoor life. Ever since 1998 when I first got introduced to RID, I have been an avid user of this outstandingly efficient mosquito repellent. Here in Scandinavia we have our fair share of blood sucking critters during summer and at times conditions can get rather bad when black flies and mosquitoes muster in their billions. Thus, there are of course a range of products to keep blood suckers away, but my experience is that though most products in Scandinavia contain DEET as well, there is nothing like RID.”  Lars Flodmark, Biologist, NORWAY.

“RID is the world’s best insect repellent, in my personal opinion. In my 30 days of Photo Safaries in Six African Countries, and in my wooded back yard, I, personally, found RID to be the best insect repellent for myself and my fellow travelers.   NONE of my party of 5 got bitten by anything.  RID TROPICAL STRENGTH INSECT REPELLENT CONTAINS: 19.5% DEET plus two additional repellents, including a FLY repellent, Antiseptic to kill a wide range of bacteria, Vitamin E for moisturizing, Chamomile for its soothing relief, and Triclosan an anti-bacterial/inflammatory agent). I have NO connection to RID nor sellers of RID”. David R Woodsmall. Complete Malaria Information for Kenya and South Africa

“RID really did work and I didn’t get munched by mosquitoes or tse tse flies in Mana Pools (there were MILLIONS of them!).”  Theresa Garrick, Okavango Tours & Safaris, ZIMBABWE.

“Your product ‘RID’ is great stuff! We have a weekender on Russell Island, and this is the only repellent that works well against midges and mossies.”  Brent Haines, Russell Island, AUSTRALIA.

“My husband and I were in Australia several years ago and found your insect repellent and love it.” Nancy Bundy, UNITED STATES.

“Regarding the RID, it is a yes yes yes from me. We all used it and while they pestered us quite a bit we did not get bitten where it was sprayed. I ended up spraying a lot on my shirts and shorts so we recommend it for anyone going to tsetse infested areas.”  Diana White, Okavango Tours & Safaris, after testing RID in the mosquito and tsetse fly heaven known as Katavi National Park, TANZANIA.

“RID is fantastic, I have used it for years in Botswana if anywhere near tsetse flies. It does not seem to have had any effect on my children (as yet) and it works for the mozzies too.” Sarah Burrows, Bhangazi Horse Safaris, SOUTH AFRICA.

“Hi Guys, I just wanted to let you know I was at the cricket all day Friday and all day Saturday, and that my RID sunblock meant I didn’t get the slightest bit of burn.”  Pete Laurie, Creative Writer, Brisbane, AUSTRALIA.

“I reiterate your product is the only one I ever use and you are to be congratulated on it, have even sent some to a dear friend in the U.S.A to combat her summer bugs. By the way, my continued support since I was a teen and am now 60 (yuk).Keep producing and making us proud Aussies. Kindest regards, and many thanks.”  Gail Ferrier, Benalla, AUSTRALIA.

“Summer days are drawing us outdoors longer, but mozzies are chasing us in! Love to RID the pests and enjoy the summer air!”  K Turner, Quakers Hill, AUSTRALIA.

“We run a houseboat business and also a ferry transfer business in Lucinda, North Queensland. We currently use RID for all the passengers on the ferry and also the houseboats.”  Kylie Menzies, Queensland, AUSTRALIA.

“How does one turn from a Mosquito Magnet into a Mosquito Repellent? RID of course!”  Shelley Hunter, Seaford, AUSTRALIA.

“Having used your product during several visits to Australia, I am very impressed of it’s quality.”  Borje Gustavson, SWEDEN.

“My husband and I were in Australia several years ago and found your insect repellent and love it.”  Nancy Bundy, UNITED STATES.

“RID has been part of the ‘furniture’ out here since I moved here in 1980, ask anyone in town what repellent to use and most will say RID. It is a reliable product which I as a nurse suggest to clients. I work as a nurse at the local medical centre as well and promote your product there also. I should also take this opportunity to thank you for sending the free samples last year when there was none in town. it made a great difference to the students.”  Karen Brown, Registered Nurse, Queensland, AUSTRALIA.

“I have to ask if your company is aware of the fact that your roll-on rid is the greatest thing ever made for taking the itch out new midgee and mosquito bites. I wasn’t aware ….. and who would have thought that within about 10-15 minutes of rolling this on….no more itch for quite a few hours. I have used it for protection. I was told about this by a lady in the Ballina Waterside caravan park who was travelling through….very sceptical at first as they will fly through bushfires to get to me and have tried EVERYTHING on the market, including making up all the home remedies, homeopathic and natural remedies and this is the only one that works…..please don’t ever change your formula!!!!!!!!!!!!!!!.  Debra Nisbet, Toowoomba, AUSTRALIA.

“Always used RID! The best and it doesn’t feel like it’s stripping your skin off. Love the new formula and pump pack and that you’ve kept the price reasonable. The cream is much ‘lighter’ than the old formula.” Sharyn Opal Reen, Queensland. Australia.

Tell us about your experience with RID® and submit using the button below. 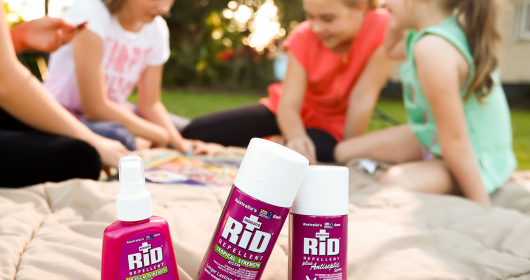